Ever since his first visit in 1929, Jacques Mouflier became an ardent admirer of Val d’Isère, and he was convinced that it was possible to create a ski resort here. Nicolas Bazile, the mayor at the time, saw insurmountable obstacles in the harsh climate and the remoteness of the village. Nevertheless, their meeting in the summer of 1931 sowed the seeds for the project.

Bolstered by this success, they founded the Val d’Isère Ski Lift Company (STVI) in 1938.

The long term aim was to establish a ski area at an altitude of 1850 to 3300m where you could cruise for 34km without taking or yours skis and without tackling the same run or riding the same lift twice. 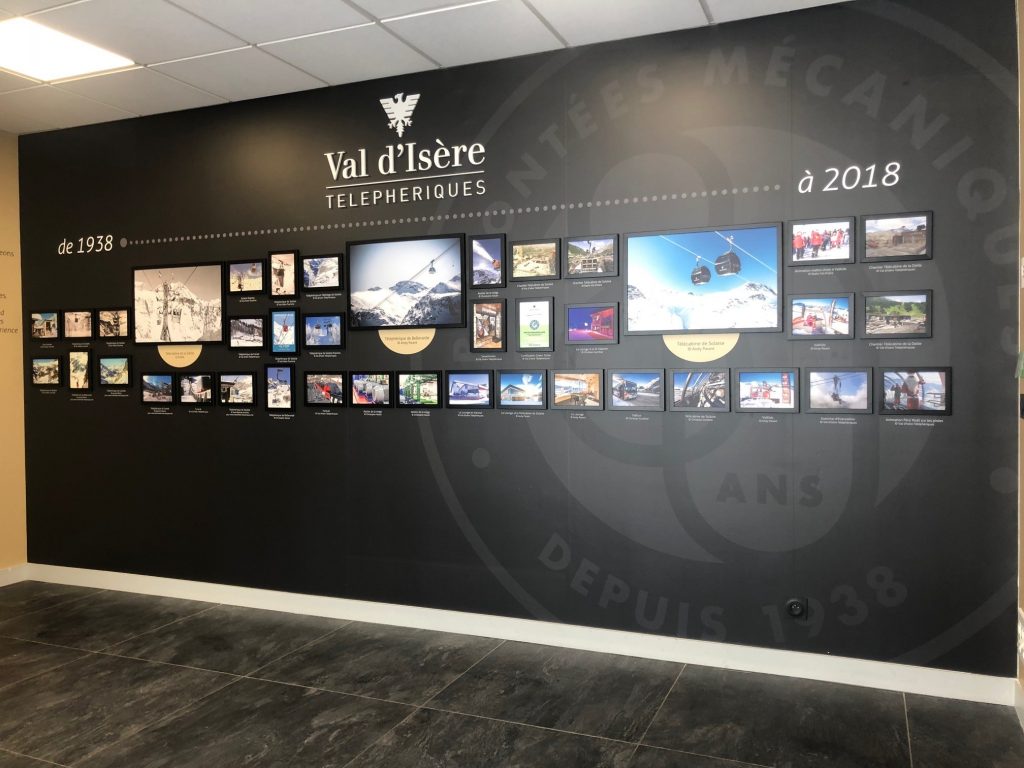 Throughout the whole season, on the ground floor of the Lounge, discover a brand new exhibition that traces the history of the company since its beginnings in 1938, highlighting its innovations and its position within the local ecosystem.