Daille 2018: everything you need to know 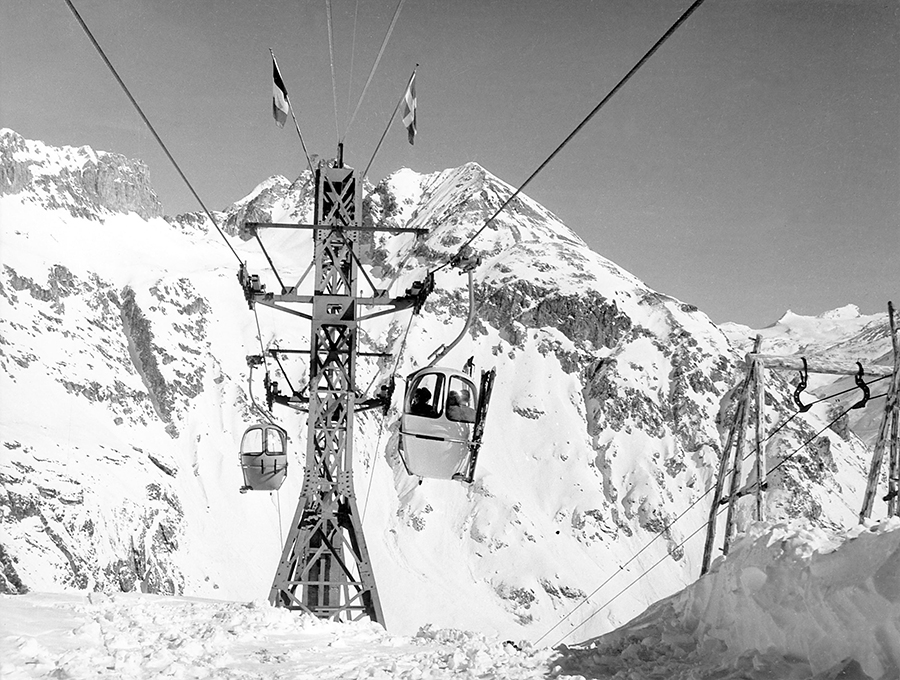 La Daille’s current POMA gondola lift, which travels above the OK (Oreiller Killy) run, was built in 1966 then renovated in 1994.
This summer, large-scale building work will begin on the sector, which is situated at the entrance to Val d’Isère:

One ambition : to breathe new life into La Daille area.

The “la Daille” gondola lift will be equipped with Symphony 10 gondolas, a first in France.
They were created by Italian designer Pininfarina (who also designed Ferrari and Maserati).

Heated seats, more space inside, panoramic view, sliding doors, Wifi… these next-generation gondolas are sure to provide comfort and modernity. Thanks to the sliding doors, passengers sitting next to the door will no longer be bothered by the opening mechanism.

Each cabin will be able to accommodate 10 people at a time, taking the overall passenger transport rate up to 2,800 people an hour – compared to 933 today. In total, fifty 10-seater gondolas will make their way along the line, as well as a 4-seater VIP gondola. 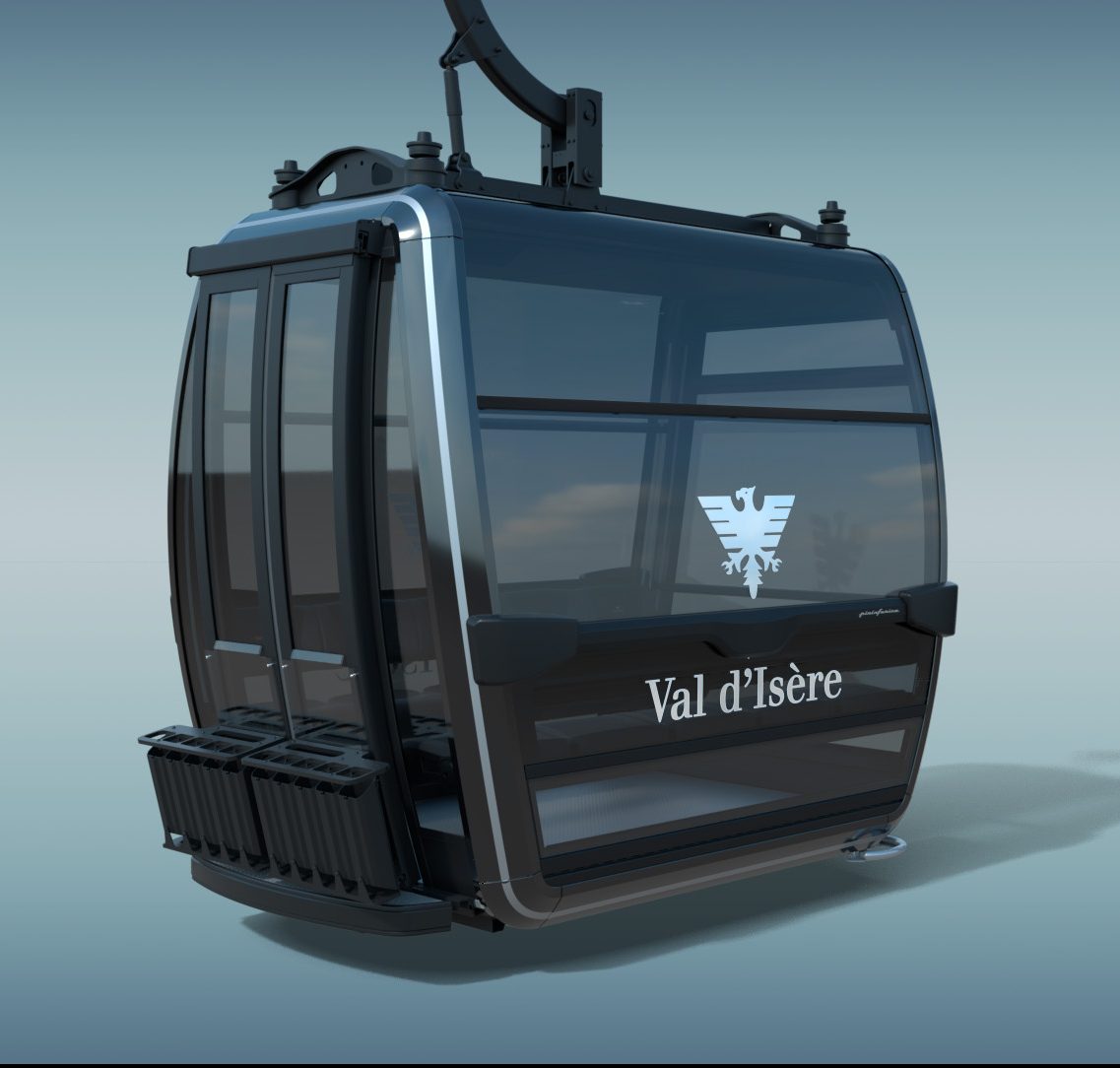 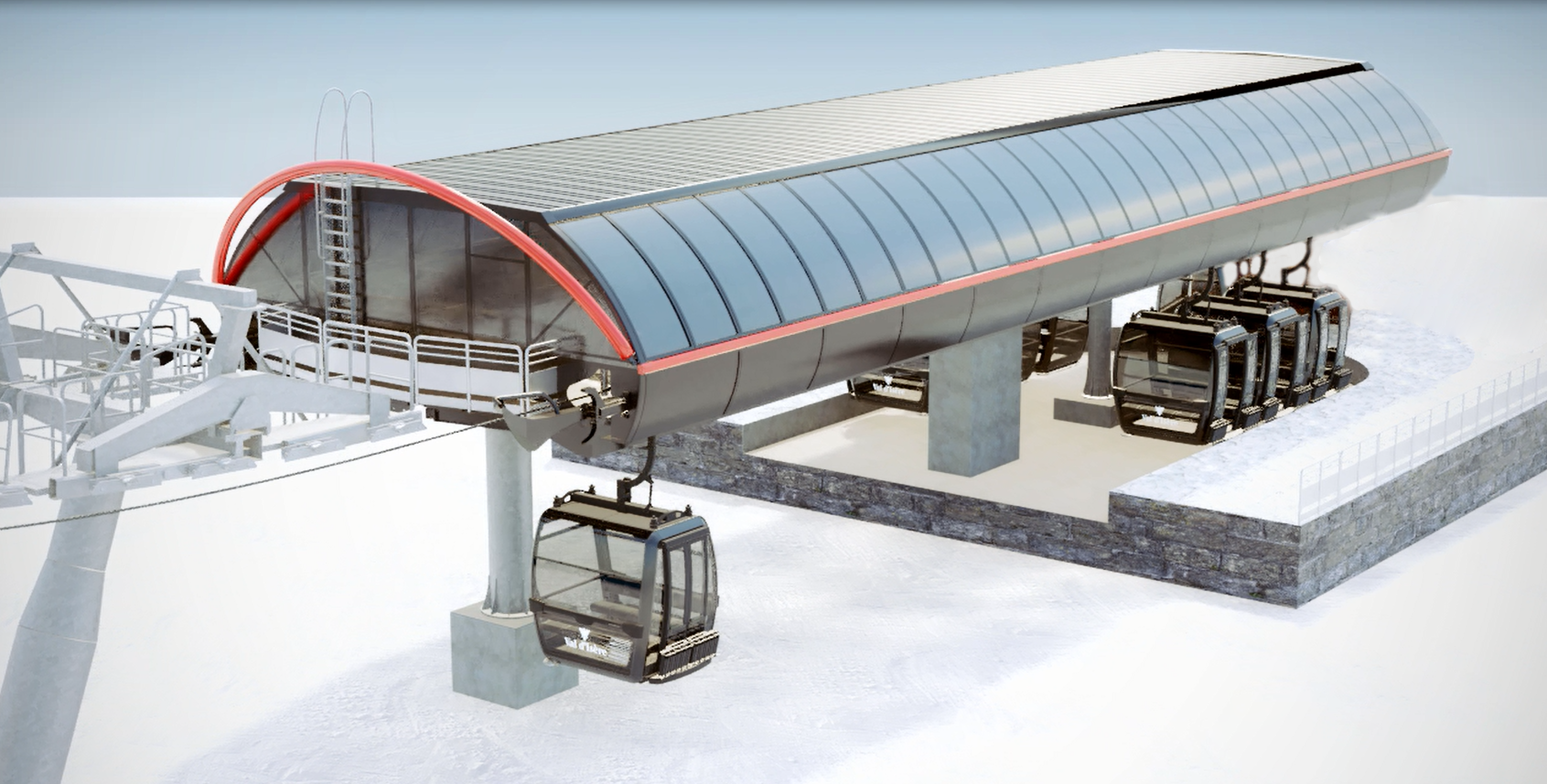 La Daille area is well known for its slopes that are accessible to all levels, with runs through the
forest, sheltered from the wind in the event of bad weather. It also provides quick access to Tignes.

The line of the future gondola will be identical to the current one: from altitudes of 1,802 metres to 2,294 metres. It will feature improved wind resistance, reducing the risk of stops, and each cabin will boast a speed of 6 m / sec (instead of 3 m / sec currently).

The original pylons will be dismantled and replaced with new smaller pylons, reducing the ski lift’s aesthetic impact on the slopes. The number of pylons will decrease from 16 to 12.

The machinery of the gondola was previously located in the departure station. From now on, it will be located in the arrival station, reducing noise pollution in the village of La Daille and the hamlet of Les Etroits. 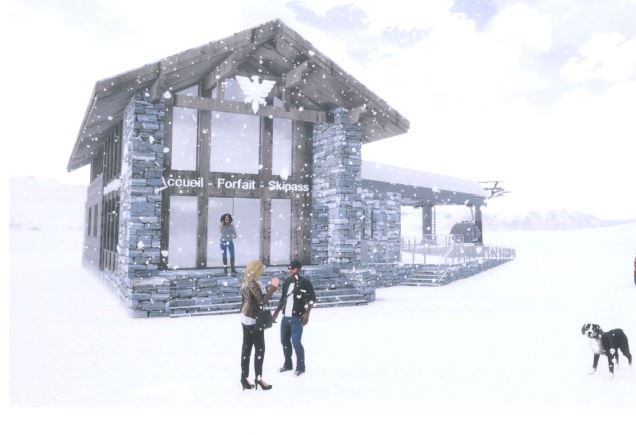 Easier to access, this new ticket office will replace the one currently located at the Funival. 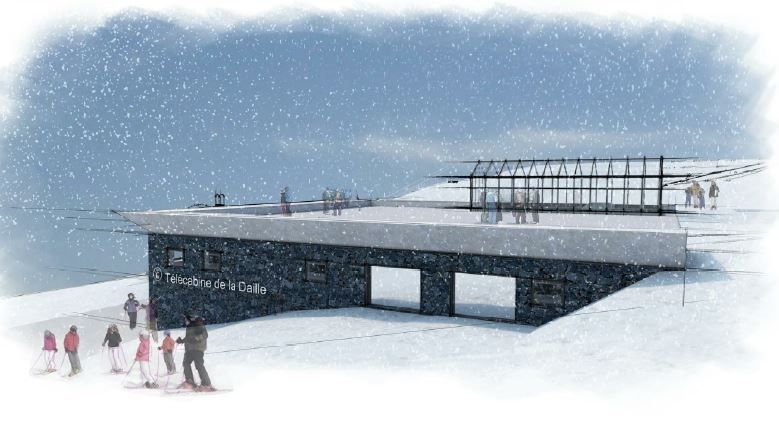 The gondola will still offer pedestrian access to La Folie Douce.
The village of La Daille has car parks allowing easy access to the gondola.
For increased safety, it will now be possible to reach La Daille gondola on skis, without crossing the road, from the OK run arrival area. As a result, access to the hamlet of Les Etroits has been redesigned.

As part of the works carried out, many precautions have been taken to preserve the environment: 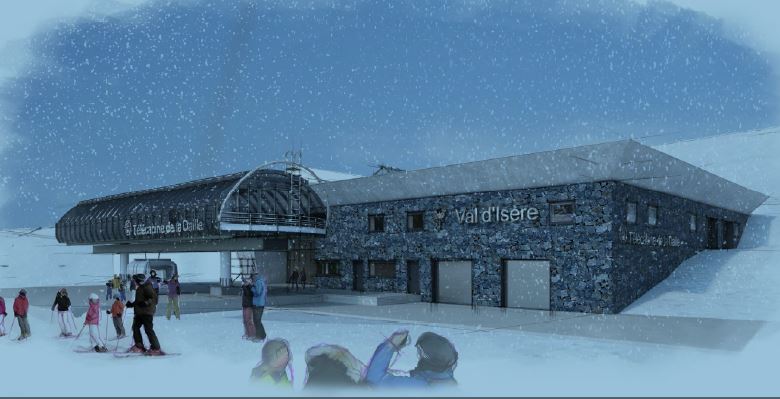