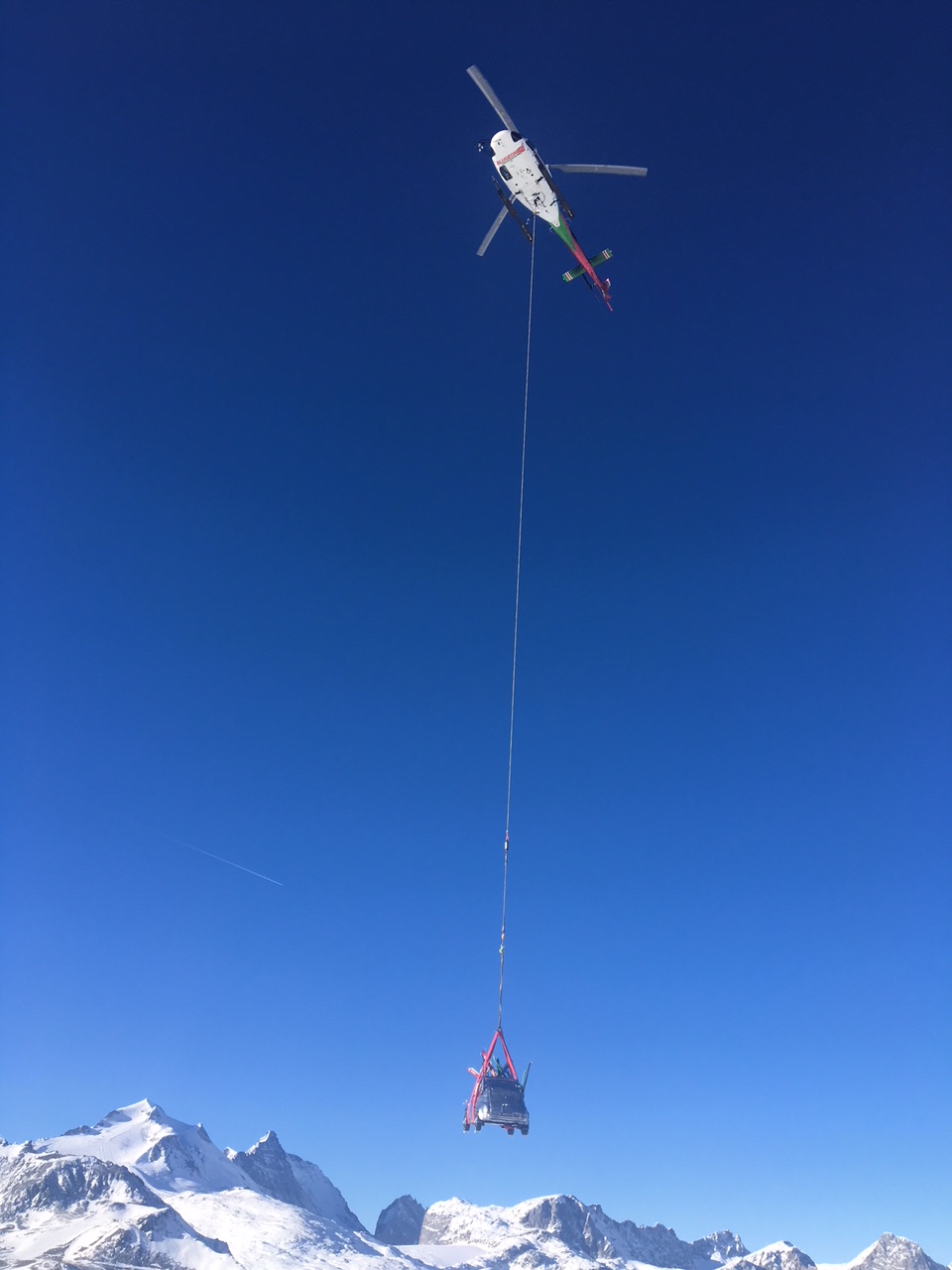 Ever seen a car fly?

Something pretty original happened up in the sky over Val d’Isère recently – a sculpture by Stéphane Cipre was helicoptered from the Plaine de la Daille to the summit of Bellevarde at over 2,500 metres.

60 years after the very first Fiat 500 came out, Stéphane Cipre gives us his own version: a 600kg lump of aluminium going by the name of “GoToSki”. It’s a humorous take on skis crammed into a car ready to set off for a ski holiday.

The initiative comes from a partnership between Val d’Isère Téléphériques, the Jane Griffiths Gallery and artist Stéphane Cipre.

All 3 had plenty to discuss before the project went ahead: where should the sculpture be exhibited? How would they get it to the ski area?

With its panoramic view at the end of several ski lifts, the summit of  Bellevarde seemed to be the best place for maximum visibility, and the quickest option was to fly it up there by helicopter. 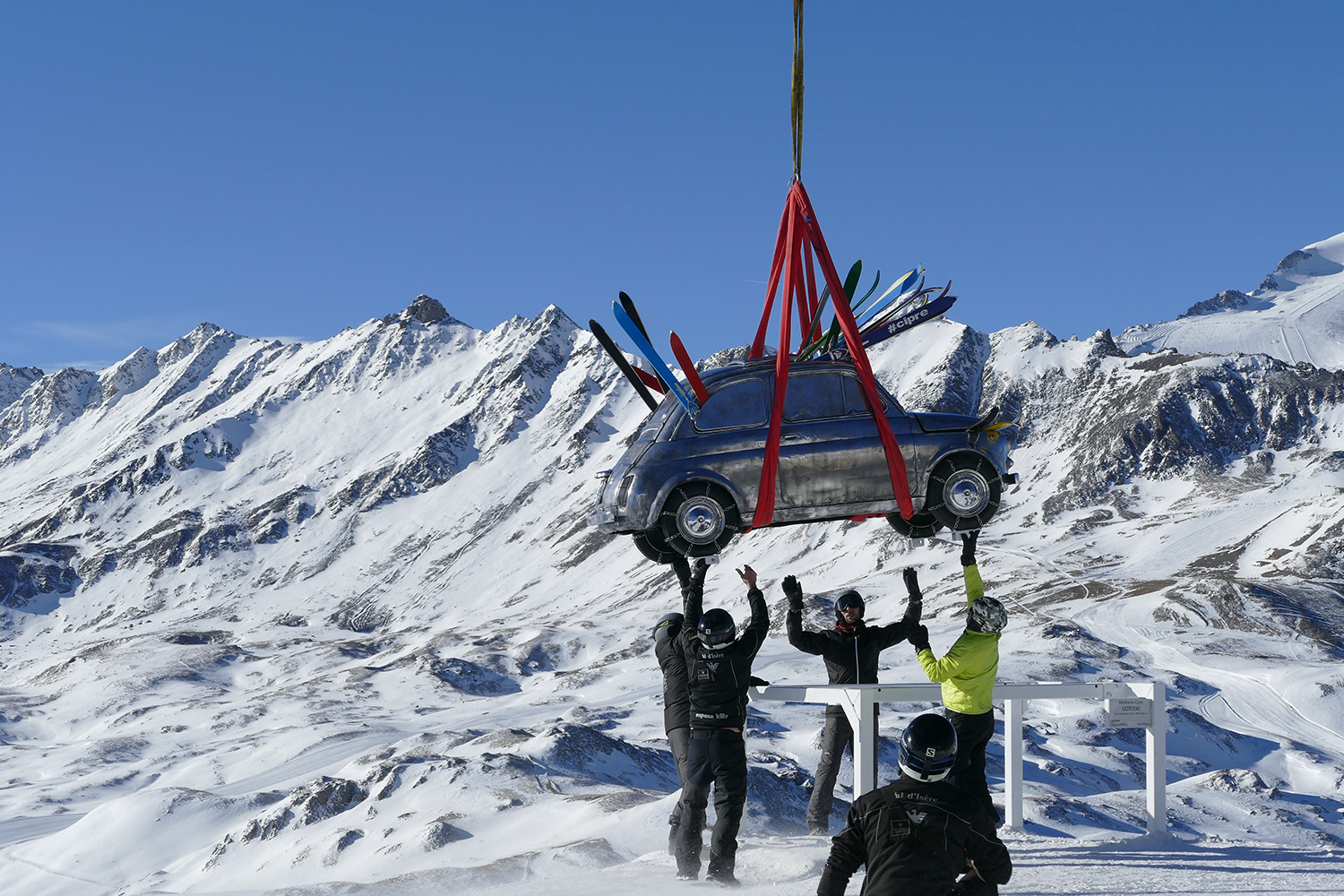 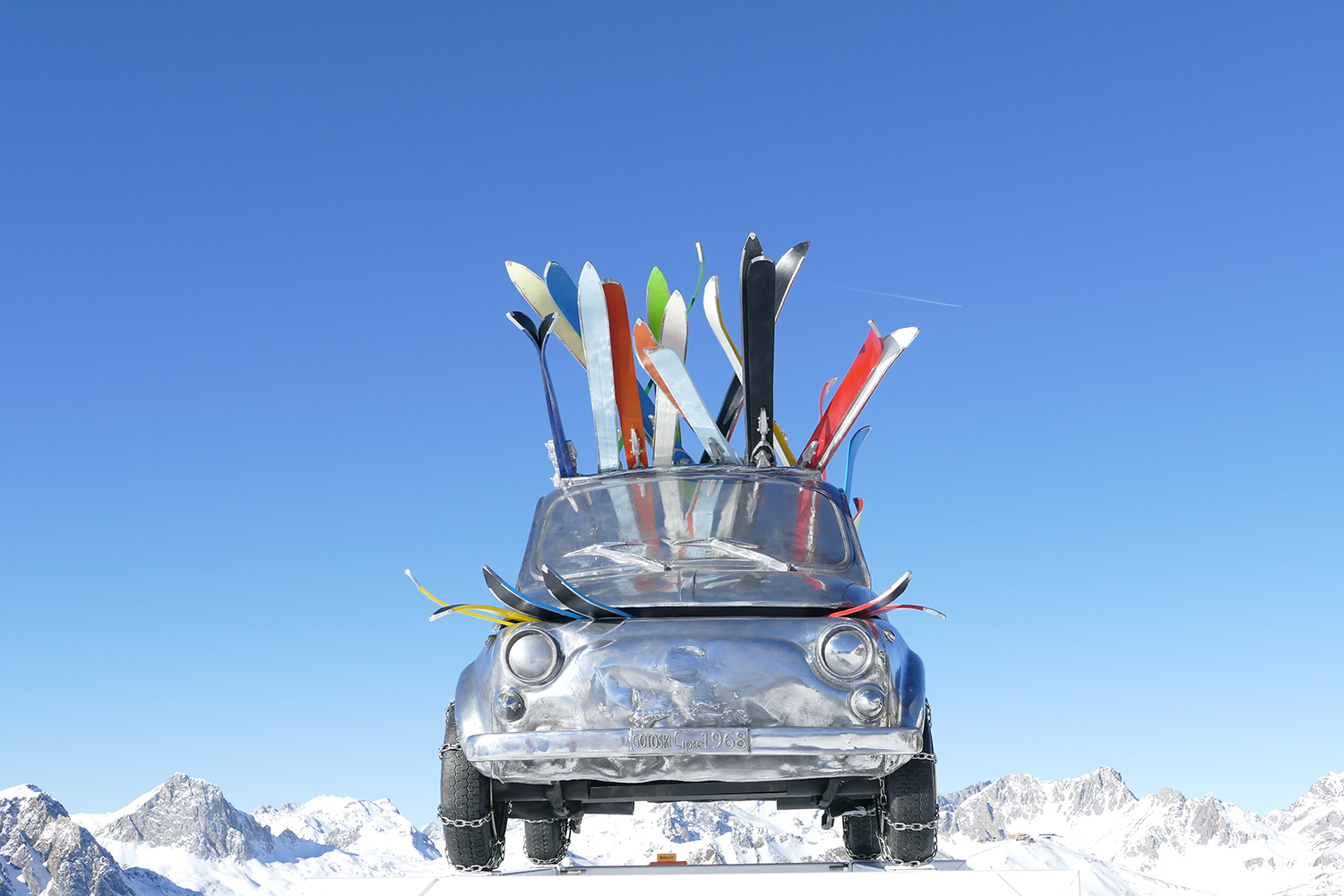 A different kind of helicopter ride

The area had to be checked out before sending up the helicopter to ensure that the right style of sling was used for setting the sculpture down. Direct communication with the pilot is of vital importance.

Val d’Isère Téléphériques generally uses a specialised helicopter transportation company known as Blugeon Hélicoptère for carrying and depositing technical loads. They were asked to take the GoToSki sculpture from La Daille to the Bellevarde summit.

Weather conditions were just right for the operation, with Stéphane Cipre’s sculpture making the journey in radiant sunshine and cloudless skies.

The sculpture will be on show all winter – opposite the Funival arrival point on the summit of the Bellevarde range.