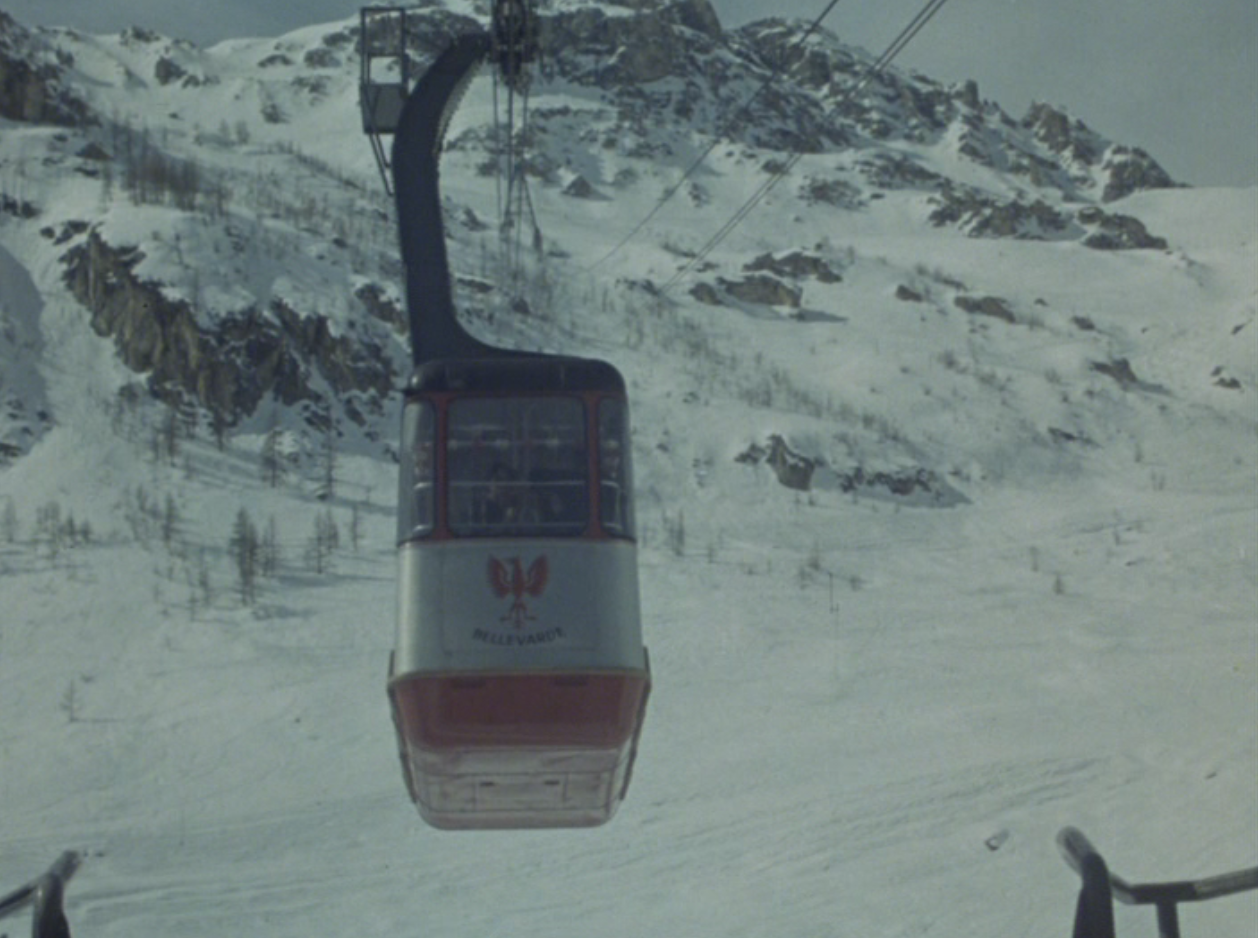 That year, as Val d’Isère was already a renowned winter sports resort, the Solaise cable car was ready to operate. It was then a revolutionary device which shattered all the records of the time with an important height and a considerable passenger fl ow, and which, from its top located at an altitude of 2550 meters, opened on an elitist ski area. Despite this novelty, criticisms started to emerge: the ski area was considered to be far too difficult for beginners and average skiers who were also eager to glide down Val d’Isère slopes. Val d’Isère Téléphériques thus decided, in order to meet everybody’s wishes, to build a new ski lift on Bellevarde.

3 years later, as the 1951-1952 season opened, a new Val d’Isère was born: new hotels had been built, the road leading to the resort had been widened, but the main event of the season remained the inauguration of the new cable car. The hence famous “2 cable cars season” would be the first to satisfy every tourist whatever the age or the ski level.

The Bellevarde cable car beat another record: with a departure in the same station as Solaise’s (altitude: 1830 meters), it carried the skiers up to 2800 meters in 5’20. With those both cable-car, 600 people per hour could access the new and the old ski area. 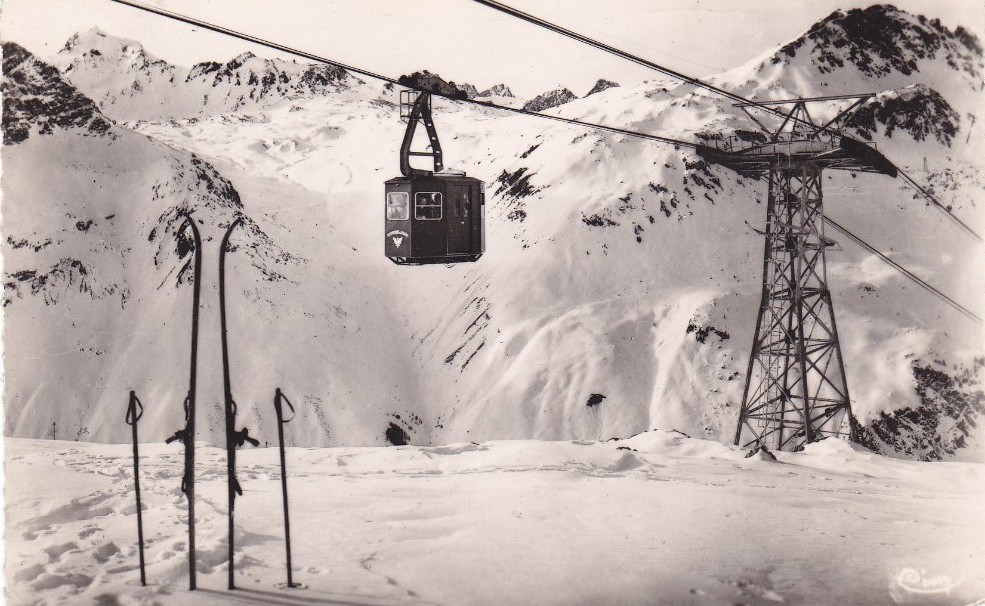 One of the most beautiful slope of the Alps

The first ski run made on Bellevarde, called “Piste de Competition”  was reserved to high level skiers, it went straight down to the cable cars station. But soon, other slopes also starting from the top of Bellevarde’ cable car were designed. 50 km of slopes were then accessible to skiers of all levels.

With no major difficulties, these slopes could easily be taken by the whole family, and were thought to be “the most beautiful slopes of the Alps” (according to the booklet of that period), at high altitude, designed for average skiers as well as for beginners. That year, Val d’Isère became one of the “first class” European ski resorts.

The Bellevarde cable car knew many happy hours during its long career. Though it had been coupled with 2 chairlifts built in 1975 and then 2 detachable chairlifts in 1989 and 1991, it nevertheless remained the symbol of the “avalin” mountain spirit by transporting not only the most famous champions but also the anonymous skiers to the summit of Bellevarde. But after 50 years of “good and faithful service”, the fact was that the cable car has grown old and happened to be outdated, leading to the decisison, during Spring 2000, to the replace it. 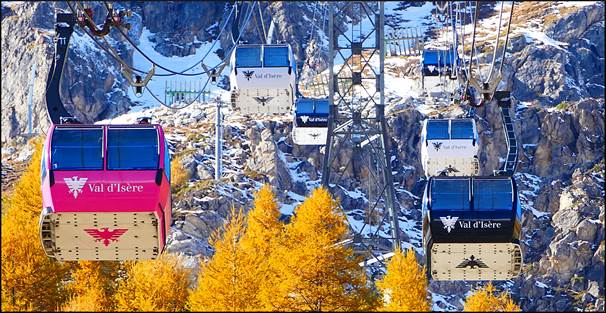 Called “3S” during its construction, from the german “3 Seile” (3 cables), a name given by the company Doppelmayr which is in charge of building it, the cable car has finally been named “L’Olympique”. This name has been chosen among many suggestions made by Val d’Isère inhabitants but also clients who all participated in a survey.

The Olympic slope became famous in 1992, when the major events of the Winter Olympics, the Downhill, the Super G and the Giant Slalom took place.

The most prestigious solution was retained: it has been decided to set up a detachable cable car with 24 seats and 8 standing rooms. No other lift facilities has reached this level of comfort, with a speed allowing the transportation of 2,600 persons per hour.